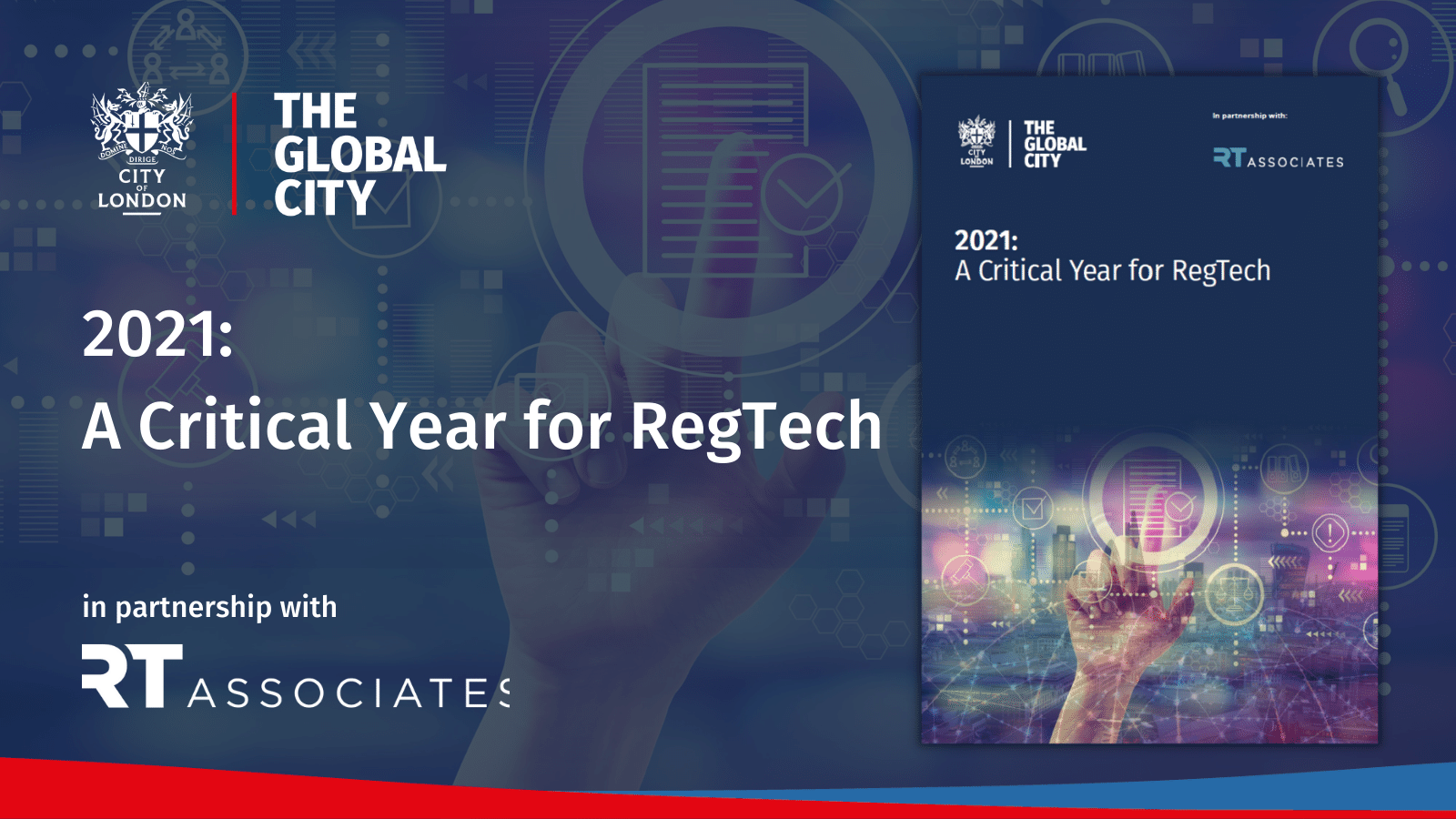 A new research report commissioned by the City of London Corporation published today (16 April) calls for urgent action to address barriers to the growth of regulatory technology (RegTech) and help achieve a ‘paradigm shift’ in how it is viewed across the financial services sector.

RegTech is an emerging industry with potential to add value, not only to financial services, but to the wider UK economy.

However, researchers found that there are significant barriers to the adoption of RegTech, including due to a lack of understanding between the key actors in the market: policymakers and regulators; RegTech firms; and financial institutions.

To address these challenges, the report offers a set of 12 recommendations aimed at helping the sector to grow and thrive, thus adding value to the broader financial services sector and the UK economy.

Innovative technologies provided by the RegTech industry can help financial services to better meet their regulatory obligations, enabling real time surveillance of the financial markets and even predicting where risks and problems will emerge. This will be key to combat issues including financial crime, identity theft, fraud and terrorist financing activity.

The report – which was produced in partnership with RegTech Associates – draws on data from a survey of 161 global RegTech firms, sector roundtables and qualitative interviews with global financial institutions and regulators. It finds that over 85% of RegTech companies believe the sector will have a crucial role to play in helping firms navigate the challenges posed by COVID-19 and will generate opportunities for increased efficiency, more effective processes, and cost-savings for business.

There are currently 230 RegTech companies head-quartered in the UK and 330 overseas RegTech firms either with an office in the UK or who are operating globally.

The report estimates that the UK RegTech industry employs approximately 68,000 people, occupying a number of roles from software developing through to sales, marketing and finance. This amounts to 2.3% of all the jobs in the UK’s technology sector.

“As we look to kickstart a strong, sustainable recovery post-pandemic, building on the UK’s leadership in technological innovation will be key.

“The RegTech industry has huge potential to boost efficiency and productivity in the financial sector as well as creating new jobs. This will help to underpin the UK’s place as a world leader in both global technology innovation and regulation.

“The Government should use the momentum created by the recently launched Kalifa Review and build on the recommendations in this report to ensure RegTech reaches its full potential.”

“This partnership with the City of London Corporation allowed our research team, led by Dr. Sian Lewin to truly develop a 360-degree review of the UK RegTech Market. We believe this report will act as a catalyst for the growth of the RegTech market.”

About the City of London Corporation

The City of London Corporation is the governing body of the Square Mile dedicated to a vibrant and thriving City, supporting a diverse and sustainable London within a globally-successful UK. www.cityoflondon.gov.uk

Between October and December 2020, the RegTech Associates research team spoke to regulators, institutions and RegTech vendors about their perceptions and needs. This primary research consisted of three key activities:

Primary research was further enriched through a broad literature review and the domain expertise of the City of London Corporation’s research partners, RegTech Associates.