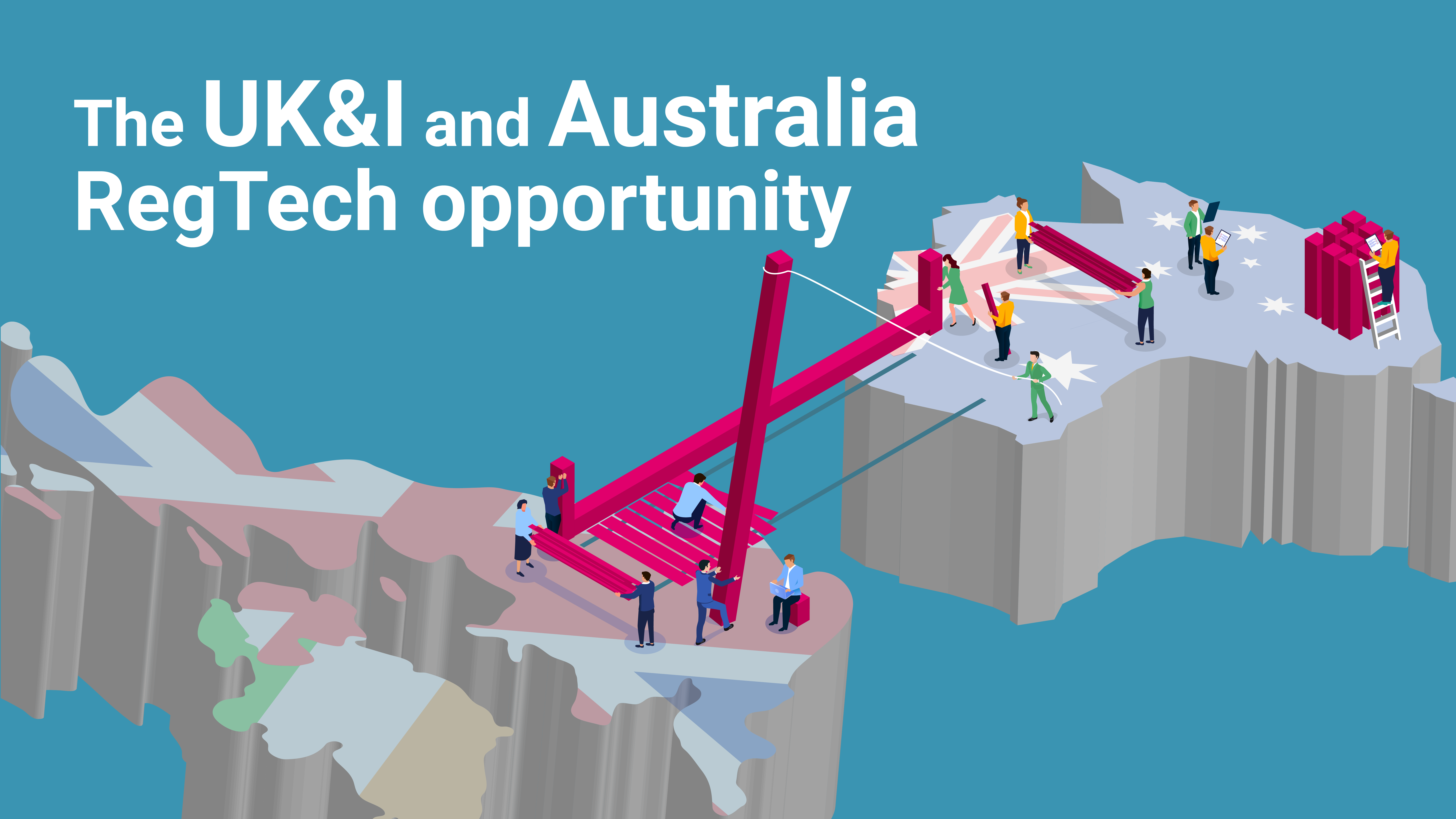 by RegTech Associates
on September 9, 2020

Recent research shows that the RegTech (regulatory technology) sector is a huge opportunity to strengthen trade ties between the UK and Australia. Commissioned by the New South Wales Government and the Australian Trade and Investment Commission, the research by RegTech Associates highlights the advantages of the UK and Ireland as a market for regulatory technology firms with solutions that help regulated firms meet their obligations.

“As this report outlines, the UK and Australia share similar regulatory environments, making London and Sydney RegTechs well suited to expand in each other’s markets.”

As one of the biggest financial centres in the world, London is an international hub for RegTech firms. RegTech Associates data shows that in the UK and Ireland alone, there are 288 home grown technology products solving regulatory problems from fighting financial crime to regulatory reporting.

Crucially, the UK and Ireland boast governments that are supportive of technological innovation. Financial regulators in the UK such as the Financial Conduct Authority are extremely forward-looking and are actively exploring the use of innovative technologies to address long-standing challenges, such as improving the efficiency of the mandatory reports that financial firms must submit to their regulators.

Some key findings from the report include:

Daren Cade, COO of Arctic Intelligence, a Sydney based RegTech firm that has expanded into the UK says:

“The UK presents a unique and sizable opportunity for RegTech vendors from Australia and vice-versa. Close historical ties, relatively unrestricted movement of people, similar cultures and a single language all make this an easier move for expanding vendors than many others. Additionally, the UK regulatory environment and Financial Conduct Authority are world-renowned as being both ‘tough’ but supportive in equal measure, providing a perfect combination for early-stage technology vendors to expand.”

New South Wales (NSW) is an equally inviting destination for UK and European based RegTechs who want to expand overseas, as Minister Stuart Ayres explains:

“Sydney is clearly the regtech leader not only in Australia but in the Asia Pacific and with investment from markets like the UK, there is enormous potential for jobs generation and investment. From backing the Sydney Startup Hub to launching Tech Central this year, the NSW Government has been right behind NSW’s booming tech industry.”

With free trade agreement talks between the UK and Australia proceeding well, and in light of Brexit, opportunities to further strengthen trade ties between the two countries are welcomed and the RegTech industry is set to be a big part of that.

To find out more about the services we offer which can support your international expansion and to download the research report, check out RegTech Launchpad.

Our mission is to bring all sides of the RegTech market closer together. Founded in 2017, RegTech Associates is a privately held company based in London. Our experienced team has extensive industry and regulatory knowledge and we are often invited to speak at industry conferences and events.

We perform rigorous research, market scanning and analysis of the global RegTech industry. This helps our technology clients better understand how they can grow, and our regulated firm clients discover who really solves their problems.

About The Australian Trade and Investment Commission

About The New South Wales Government

NSW is a major global and Asia-Pacific cultural hub. Home to a diverse population of more than 8 million people, NSW is Australia’s oldest, largest and most cosmopolitan state.

It is also an economic powerhouse, with an economy larger than Hong Kong, Malaysia and Singapore. In addition to its cultural and economic strengths, the global status of NSW is underpinned by its international transport links, with over 1000 flights operating per week.